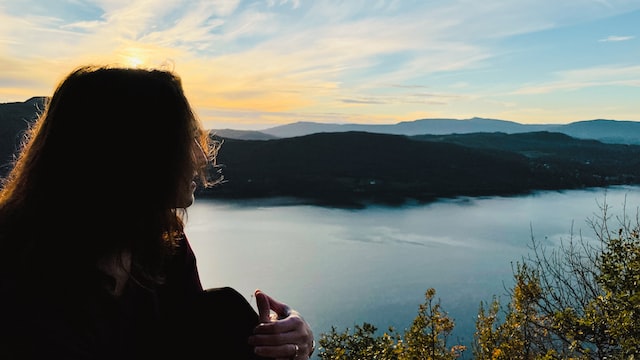 Issue II of the Conflict Series

Conflicts are complex, they are full of meaning, intentions and unique experiences. In the height of a conflict, the people involved and what resolution looks like can get further away from us. Our wants and emotions can exist alongside practical tools that enable us to move towards addressing conflict.

Trina is a program manager; over the last few weeks, Trina has felt an awkwardness with her assistant, Jakob. This awkwardness began when Trina felt that Jakob’s work had been sloppy; they had been coming to work late and were generally disengaged from their role. From the time this behavior started, Trina asked Jakob twice if they needed support and offered to help them. Each time, Jakob apologized and said it was fine. One of Jakob’s core tasks is to create a report on revenue for the week. This week, when Trina went to look for it, she realized the report had the data from the previous week. Frustrated, Trina approached Jakob, asked what happened and calmly highlighted the behavior as unacceptable. Jakob dismissed Trina and said, “It’s no big deal, you need to relax,” to which Trina responded, “This is your final official warning.” Following the conversation, Trina overheard Jakob complaining about her to his coworkers.

In this article, we are primarily focussed on dimensions #1-#4. Sections #5 and #6, which will look at approaching and dealing with a conflict, will be explored later on in this confict series.

Understanding the causes, core problems and effects of a conflict can help us realize the interests of others in a conflict, connect to our own feelings and prepare to approach the conflict. The Actor Analysis Tool helps us dive deeper into the people involved in a conflict. This tool is usually used in sections #1 and #2 of the conflict wheel (Conflict Analysis Framework).

The actor analysis is broken down into positions, interests and needs. Positions are the stated desires of a person or group (Conflict Analysis Field Guide). In the case of our example, this includes Trina saying that she needs Jakob to do his job accurately. For Jakob, if we are focusing on what has been stated, this might be for Trina to have a bit more flexibility.

Needs are the basic human needs that are required to live and thrive. These needs can be physical, social and cultural (Conflict Analysis Field Guide). Trina and Jakob might be concerned with the well-being of their families or their social status which is influenced by their position in the organization. The two might have cultural or social needs that are unknown to us that are unmet due to job responsibilities, context or external factors.

An actor analysis might be used preliminarily before parties are engaged in discussion, mediation or negotiation to determine how to best approach a conflict (Conflict Analysis Framework. We can use the actor analysis diagram (shown above) to understand the positions, interests, needs and power among the parties. While the same tool is used to understand different stakeholders, it is critical that we remember that no two stakeholders are the same, and depending on one’s identity they can be afforded different levels of power that enable them to have certain interests and positions. The actor analysis might be adapted to add a layer to the means of influence or power an actor might have, the issues they are concerned with and their willingness to reach a resolution (Conflict Analysis Framework).

Conflict does not exist on an island, but it is an occurrence or experience that is influenced by many factors, making it its own system. It can be difficult to find commonality, resolution and a path forward when we do not know what is contributing to the effects of a conflict. We can use a tree analogy alongside our example of a conflict to better understand the system of conflict.

The tree analogy breaks down conflict into three parts, the effects, the core issues and the causes. A tree analysis is typically used to analyze one core problem at a time (Kenneth MD) and is usually applied to section #3 and #4 of the conflict wheel (Conflict Analysis Framework.

The leaves of the tree show the effects of the conflict, or what happens as a result of a conflict. Oftentimes, we are most familiar with the effects we experience personally in a conflict over the effects experienced by others. In our example, the effects might include the conversations between Jakob and Trina, Trina’s feelings of awkwardness and Jakob talking about the issue to their coworkers.

The root of the tree represents the causes of the core issues and consequently their effects. Common causes of conflict at work include organizational structures, limited resources, communication differences, personality differences or incompatible ideas (University of Minnesota Libraries). In our example, the causes might include constraints or directions that Trina is expected to follow as a manager. The causes might also include personal feelings and issues that Trina and Jakob are respectively facing.

We might use a tree analysis to understand how structural and dynamic factors lead to conflict (GSDRC). Focusing a resolution just on effects rarely produces permanent change. Using a tree analysis can help us distinguish between causes and effects for better strategizing (Conflict Analysis Framework). A tree analysis can provide a basis for a discussion about a conflict to determine who should work on the resolution (Conflict Analysis Framework). Through a tree analysis, we might begin to ideate ways to interrupt the cycle of conflict, understand who is positioned to work on the conflict and be in a better position to empathize and connect with others involved.

The tools introduced in this article scratch the surface of the deep and meaningful world of conflict and conflict resolution. These tools are often starting points and can be adapted to better fit a situation. While these tools are helpful due to the imperfect world we navigate conflict in, not everyone is able to apply these tools and navigate conflict in the same way. Additionally, the tools within sections #1-#4 of the conflict wheel can help readers understand a conflict but do not provide direct insight into approaching the conflict or resolution. As we continue through our series, we will explore power in conflict and how readers can approach conflict.

Can’t wait to read it? Subscribe to our newsletter to get it first.

Header and Feature Image by PJametlene Reskp on Unsplash ❤️