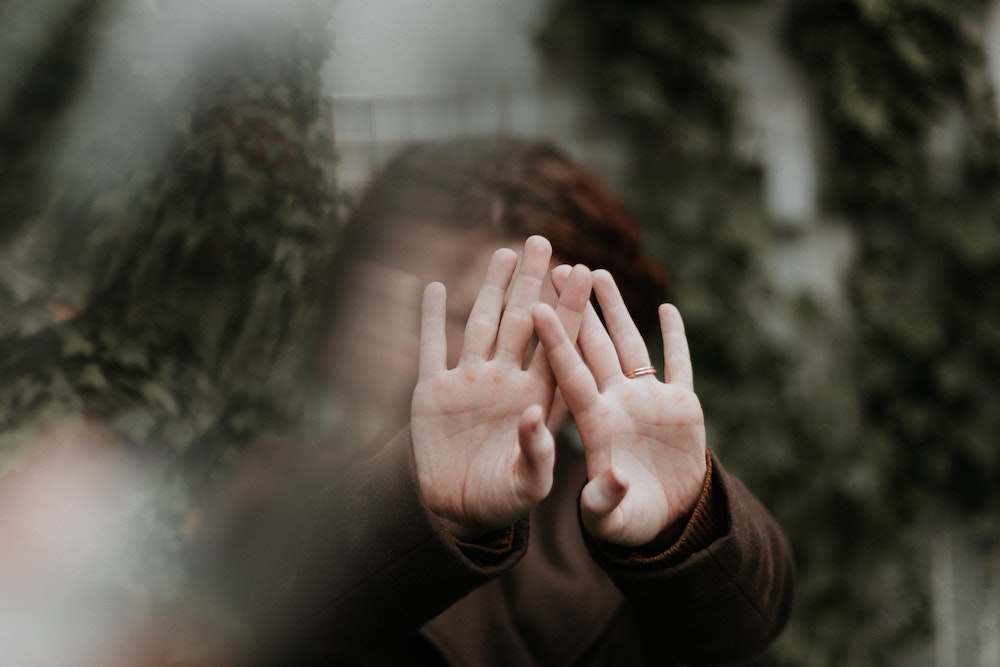 Coined by sociologist Erving Goffman in 1963 and expanded upon in 2006 by Kenji Yoshino,  the idea of “covering” references when a person downplays, minimizes, and/or hides aspects of their identity in order to “fit in” with a dominant group (Mueller Mendoza, Murray). The act of covering creates a duality of one’s identity, one which is true or more authentic and another which isn’t necessarily false or disingenuous, but is “toned down” or muted in an attempt to escape judgments of a particular space” (Nottingham). Most people have participated in covering at some point in their lives, from how a person wears their hair, how they act around certain people, what they publicly stand up for, and even what they choose to display on their desk. From this, Yoshino’s elaboration of Goffman’s work posited that there were four aspects that most influenced the ways in which a person “covered:” appearance, affiliation, advocacy, and association:

Appearance-based covering focuses on self-presentation, including attire, religious symbols, hairstyles, and mannerisms. For example, a Wiccan hiding their pentacle necklace under their clothing so as not to bring attention to their faith.

Affiliation-based covering is the avoidance of behaviors that are stereotypically associated with an identity, including avoidance of particular topics and monitoring one’s speech. For example, a recent immigrant may try to conceal their accent in order to avoid being perceived as “fresh off the boat.”

Advocacy-based covering involves how much individuals will “stick up for” for their group, including not saying anything when you overhear a joke or negative comment about a group you identify with. For example, a Millennial or Gen Z employee keeps quiet when a co-worker complains that all younger people have no work ethic and don’t want to put in the hard work to get ahead.

Association-based covering occurs when individuals avoid contact with other members of their group, including avoidance of affinity groups, sponsoring/mentoring people in your group, and an overall avoidance of being around people in your identity group(s). For example, a gay executive does not bring her wife to company functions so the focus stays on her work performance and not her personal life. (Yoshino).

According to a study conducted by Deloitte, 61% of respondents, including straight white men, participate in covering at work. This indicates that even though the majority of those that feel like they need to cover while in the workplace are marginalized identities, it is not restricted to those identities.

Furthermore, individuals are frequently under intense pressure to take cover actions, believing them to be critical to their long-term career development and advancement. According to the Deloitte study, 53% of respondents felt that their employers expected them to cover, and 48% felt that there was an overall expectation within their organizations that they would do whatever it took to “fit in” (Deloitte).

Because covering is used as a strategy to avoid further stigmatization of an already stigmatized and/or marginalized identity, a lack of diversity in company leadership may provide insight into why people feel the need to cover while at work. Company culture is largely shaped from the top down, so if you work in an environment where everyone looks like you, acts like you, and has similar interests, you will (generally) have an easier time fitting in. When you deviate from those dominant norms (e.g., your race, ethnicity, gender, sexual orientation, gender identity, ability, etc.), even slightly, you may feel compelled to “cover” aspects of your identity that “don’t fit” (HonestCulture). However, monitoring what you say and how you act in a specific environment is exhausting, so it should be no surprise to learn that covering impacts a person’s mental health and their overall productivity in the workplace. Covering causes employee disengagement and can affect a person’s innovation and creativity. It lowers morale, decreases feelings of psychological safety, and influences a person’s sense of belonging in a space. (HonestCulture, Murray, Deloitte, Raeburn, Nottingham).

The numbers in which individuals feel the need to hide parts of themselves at work is daunting, but there are steps you can take to make people feel more comfortable with being their whole selves at work.  A more diverse workplace can help employees feel less like they need to cover in order to succeed, but diversity without inclusive and equitable practices, as well as increasing feelings of belonging in a workplace, the need to cover will still be felt. Here are some proactive tips to make employees feel like they don’t have to cover or pass at work:DEI training:

Introduce DEI training during the onboarding process and throughout an individual’s tenure with your organization; these types of training are critical for all levels of a company, from leadership to entry-level employees.

Create a culture of acceptance

Until employees feel fully comfortable and accepted in the workplace, they will continue to “cover” parts of their identities they think will hold them back professionally.

Simply asking about “spouses” or “partners” rather than assuming someone’s sexual orientation and using gendered terms can encourage 2SLGBTQIA+ employees to open up about their personal lives and feel included in nonwork discussions.

Having a clearly stated and visible diversity, equity, and inclusion policy that emphasizes the importance of bringing your authentic self to work is critical to how one feels protected at work. This document should be updated on a regular basis (every 1-2 years), and it should include concrete examples of what it means to be your authentic self at work.

Within the policy, examine where there might be hidden expectations that people should cover; make the necessary change and openly communicate.

A leaders’ commitment to change accelerates results and you can do this by holding yourself accountable for making changes. Admit your mistakes and your unwavering desire to get it right

Listen to different groups of people and focus on their experiences to identify any unspoken rules regarding expectations of “covering” at your organization. (Mueller Mendoza).

Yearly DEI audits that collect data on how your employees feel about bringing their whole selves to work help leaders understand what they are doing well in terms of inclusive practices and where they may need to improve.

These are just a few of the steps you can take to help employees feel more comfortable bringing their whole selves to work; the process won’t be short, but it will be rewarding.

Unclear where to go from here? Book a meeting with an associate today!