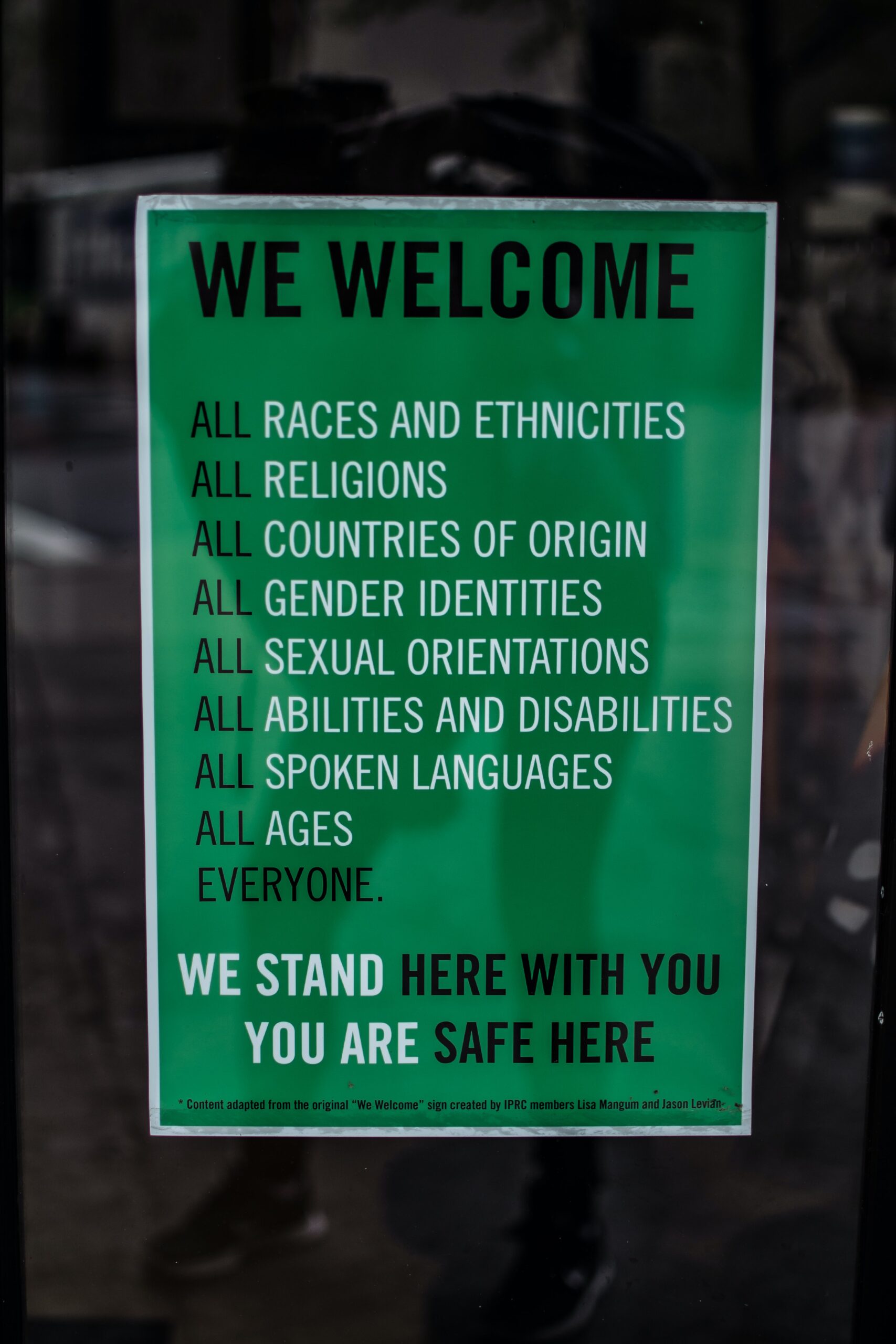 In recent months, diversity, equity, and inclusion (DEI) work have been increasingly linked to a long list of events including the rise of systematic exclusion of 2SLGBTQIA folks, anti-Asian racism, ongoing anti-Indigenous racism, and police brutality against Black folks covered by the media. While these events are impactful, they did not create the necessity for DEI in the workplace. DEI work has existed in and outside (by way of the multitude of civil rights and grassroots movements) of the workplace for a long time. The work we are doing today honors and builds on these historical efforts.

In 1941, President Roosevelt’s Executive Order (E.O.) 8802 specified that there would be “no discrimination in the U.S. defense industry on the basis of race, color, or national origin” (Britannica). This order, however, was presented more as a political strategy to ‘appease’ and lament African American civil rights activists than it was about achieving equality in the defense industry. The E.O. “did not establish full employment equality, but it did establish a Fair Employment Practices Committee (FEPC)” and did symbolize some commitment to nondiscrimination policy that would come forth in later years (Britannica). Such as the E.O. that President Truman put forth In 1948, which required desegregation, equal treatment, and equal opportunities in the armed services for all (male) individuals, regardless of color, creed, or nationality, and has been cited as the first diversity initiative in the workplace (segregation, however, was not strictly forbidden) (PennState).

The 1960s and ‘70s brought about the beginning of affirmative action and workplace training initiatives that followed the introduction of many of the equal employment laws such as the Equal Pay Act of 1963, which prohibits wage discrimination on the basis of sex. Title VII of the Civil Rights Act of 1964, which can be seen as an extension of E.O. 8802, prohibits employment discrimination based on race, color, religion, sex, and national origin. The Age Discrimination in Employment Act of 1967 prohibits employment discrimination against individuals ages 40 or older (LinkedIn). These initial diversity training efforts, however, were centered primarily on legislation and compliance with a focus on avoidance (or rectification) of anti-discrimination lawsuits which often mandated diversity training for non-compliant companies (Anand & Winters).

The early 1980s saw a decline in workplace diversity initiatives as government regulation laxed. Some companies still provided affirmative action and equal employment training, however, those were also scaled down to be more cost-effective and were often only available to managerial staff. In the mid to late ‘80s, we see a shift in conversation from legal mandates and compliance towards looking at ways to help women and “minorities” assimilate into existing corporate culture, particularly as many corporations experienced problems gaining, and retaining, women and other systematically excluded groups in order to fulfill their affirmative action goals. This, once again, shifted how we looked at the paradigm of diversity from compliance to a matter of business survival as overwhelming data began to show that although women and minorities were being hired, there was little movement in their career growth. (Anand & Winters).

Training in the 1990s ranged from emphasizing social justice movements, to sensitivity, awareness, and appreciation of differences, to the direct connection that diversity has to business outcomes. Topics often included racial and gender awareness and even how to manage or create a work-life balance, with an overall avoidance of topics that surrounded sexual orientation, age, and disabilities. Ongoing rhetoric that was rooted in most 90s training sessions is that they were designed for those that are cis-hetero-white and without disability and centering them as the solution to the ‘problem.’ Some training even included a more “in your face” and “admit your guilt” type of sessions designed for white men to “confess and repent” which often left them feeling defensive. This is partially where concepts like “backlash” and “reverse discrimination” emerged (Anand & Winters).

The early 2000s found their DEI focus to be securely on breaking the glass ceiling in terms of gender equality in the workplace and the 2010s moved its focus to the importance of cultural diversity. The 2010s are seen as “the most culturally diverse workforce the US had ever seen” as employers were beginning to realize that “cultural diversity in the workplace brought significant benefits.” The 2010s also saw the emergence of remote work which opened their minds to a large, and extremely untapped pool of talent: those with physical disabilities. (VSource).

DEI has become a core value in the way businesses operate, and a recent survey indicates that 79% of respondents plan to allocate more budget and/or resources to DEI in 2022, with 42% saying they will allocate 25% more to DEI initiatives and 31% plan to dedicate 10% more. The survey also indicates that although the COVID-19 pandemic has been disruptive, 50% said it has not impacted their DEI efforts.

So when we think of what DEI looks like now and what it may look like going into 2022, we need to be looking at ways to further challenge the narrative. We need to figure out more ways to de-center the cis-hetero-white-without disability people and to re-center those who have been systematically excluded.

Remote work is only gaining speed in these ‘almost-post-COVID’ times and is definitely something that will need to be further developed. The ability to work remotely allows for hiring managers to look beyond their geographical limits and expand talent pool; it also allows individuals who may not have been able to physically work in an office, because of physical, cognitive, or social disabilities, a chance to attain gainful employment.

The New Normal or the Lasting Impact of COVID-19

Some companies are and have been preparing ongoing health and safety policies around COVID-19 such as instituting time-away policies for people who have to care for loved ones, or themselves, diagnosed with COVID-19. Implementing flexible work from home (WFH) policies that leave the option open for people who are uncomfortable about returning to the office. But we also need to think about those whose workload may have doubled due to someone they care for being sick or quarantined. There is also the now ever-present issue of those who choose not to vaccinate. It is these, and others, that will need to be considered in the coming months, and may eventually require policies to accommodate this new normal.

Utilizing AI in the hiring process can not only aid in the budgetary constraints that emerged from the strained economy of 2020 but can also free up your recruiting staff to focus on building customized onboarding experiences that are built on DEI frameworks. When considering automated hiring software, however, you want to be sure that it does not result in the same pitfalls that can happen from human bias and institutionalized racism that is based on white supremacy beliefs. Utilizing anonymous hiring software can help with that as you can filter any information unrelated to the relevant skills of a candidate, like their name, address, and even education. When these factors are removed, a recruiter, or AI, can focus on the skills of the candidate rather than whether you graduated from the same school. Grounding your hiring process through a DEI lens, you may not only double your potential talent pool but can guarantee that you will be looking at a more dynamic and diverse group of people.

Regardless of where 2022 takes us, one thing is for certain: DEI isn’t going anywhere; if anything, the implementation of it is more important than ever.

Want to learn more about how Lunaria can help with your DEI goals for 2022? Book a meeting with us here.

Header and Feature Image by Brittani Burns on Unsplash ❤️