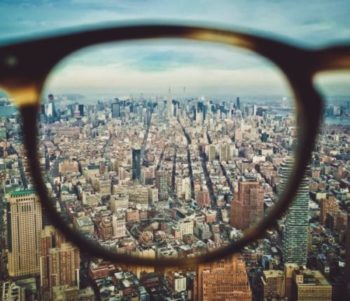 In a world where data underlies every decision, numbers talk. Our world is built on the questions of who, what and how many.

Surveys that reveal how many people in a family have jobs determines the nation’s economic development. Studies on what medicine can help prevent the next heart attack increases life expectancy of populations. This how we try to understand the state of our world today.

With respect to gender, we see 61.4% of women taking part in the labour force compared to 70% of men. Life expectancy for women is 71.4 years vs. 69.4 for men (1). Looking at these numbers, we can become comfortable in the belief that gender equality has progressed significantly over the last few decades. The problem is, when we see the world through this lens, we don’t always notice the blind spot obstructing a significant portion of our view.

When we dig deeper than surface level data, there is a much different picture:women working on average 2.5 hours of unpaid work on top of their everyday jobs (1), and women who are 50% more likely to be misdiagnosed for a heart attack.. You’ll start to notice a world that systematically overlooks the lives of women and other minorities. When our world is designed around research on a small proportion of the population, we find consequences in our lacking perspective.

In 2016, the Bill and Melinda Gates Foundation announced that they would donate$80 million to help close the gender data gap, stating that the 2030 Sustainable Develop Goal of achieving gender equality would be impossible without understanding the current state of women in the world.

What is Gender Data?

Gender data is data that in which the principal classification is sex or gender.It could also be research done to consciously avoid any biases that may overlook certain genders. This could include studies looking specifically at gender; research done with social and cultural biases in mind; and appropriately represents the diversity of all genders.

Why is Gender Data Important?

Measuring the state of gender equality would be difficult, if not impossible without sufficiently disaggregated (separated by gender) data. 9 in 10 gender equality advocates agree that no huge strides towards achieving the sustainable development goals to aid disadvantaged women and girls will be made without relevant data (5).

The gender data gap also impacts the everyday lives of women, as they manage to live in cities, consume products and use services built for men. Driving from place to place is more hazardous for women, where they are 43% more likely to sustain serious injuries in a car accident as a result of crash test dummies being based off of male physiology. Using technology is more difficult as voice recognition, developed from a database of men’s voices, is 13% more accurate for men than women.

Where do we go from here?

As we inch closer to 2030, research on women and other genders is becoming ever more valuable. Understanding gendered contexts can drive progress and real change in the world. There are many opportunities to collect research, especially in groups that work with women. Using methods such as evaluation can help contribute to the growing database while also measuring impact and outcomes.