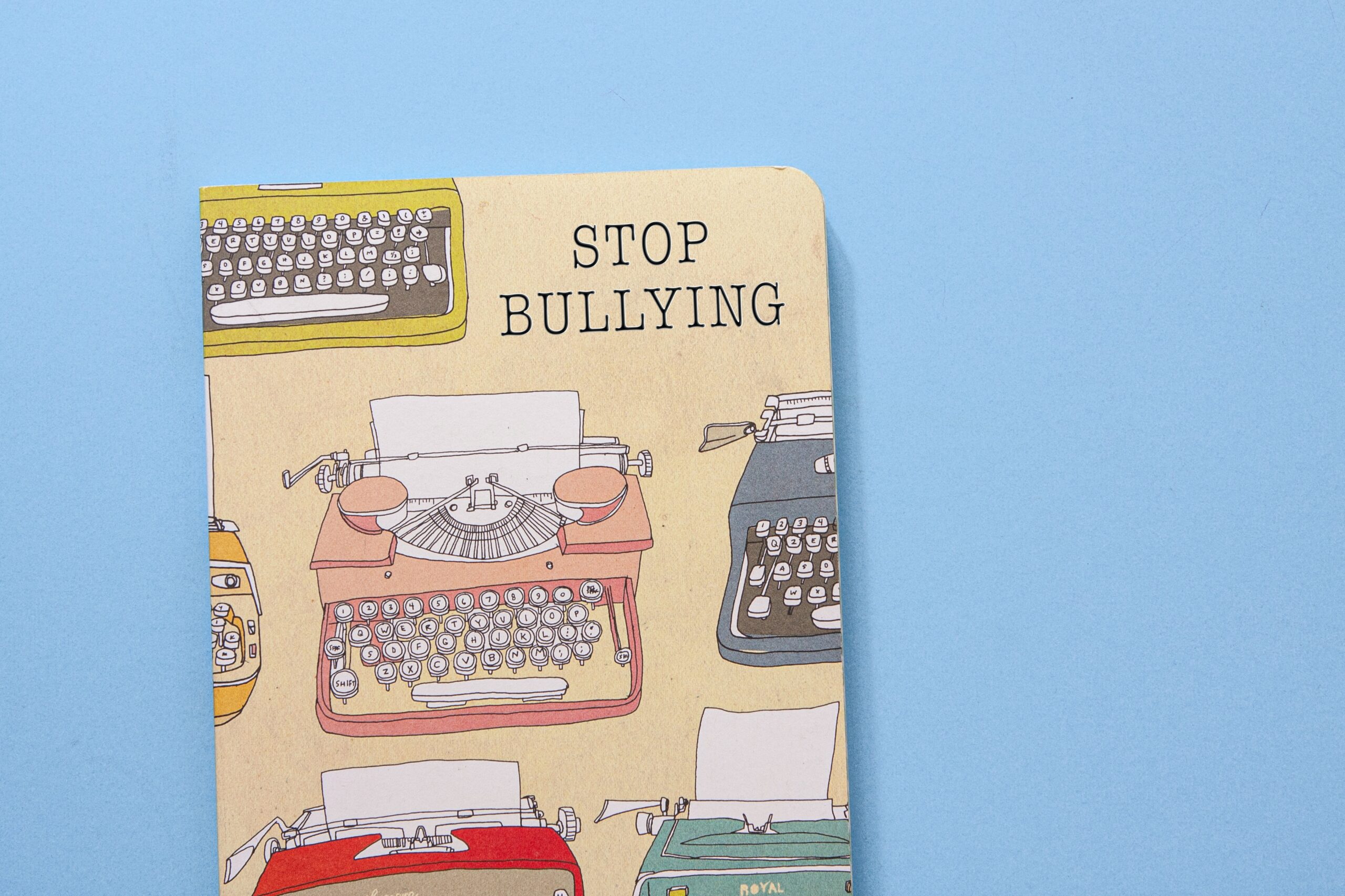 Bullying doesn’t have an age limit, and acts of bullying are not restricted to the schoolyard. Workplace bullying has been a recognized occupational health issue since the mid-1980s (Saunders et al.; Quine; Wu et al.) and can have a detrimental impact on an individual’s psychological and physical health, such as anxiety, depression, trauma, high blood pressure, gastrointestinal issues, and increased risk of cardiovascular disease (Redman; Reach).

As an individual that has been bullied — and been a bully — on and off for most of my life, the psychological effects are instrumental and long-lasting. To survive, I began moving through school as quietly as possible, fearing outside attention and doing my best to make myself invisible; my thinking was, the less attention that can be brought onto you, the less likely you are to be criticized, belittled, or attacked. But making yourself invisible isn’t always an option in the workplace, where advancement and other opportunities sadly too often come from competition, overt actions, and having a strong presence.

It wasn’t until the beginning of the 21st century that the bullying of children by children shifted from being seen as ‘kids will be kids’ to a serious social problem (Cohen & Brooks); workplace bullying, similarly to how schoolyard bullying was oft looked at, is often trivialized and not taken seriously (Hodgins, et al). The subjects of workplace bullying, however, are wrongfully chastised as being ‘oversensitive,’ having ‘no sense of humor,’ or being a ‘stick in the mud’ by the bully or other team members. Common advice provided to subjects of workplace bullying is to either deal with it, i.e., grow a ‘thicker skin,’ or quit.

There is no definitive definition of what comprises workplace bullying because the term ‘bullying’ is in itself subjective and influenced by culture, individual experiences, and personality (Hodgins, et al). There are, however, five common elements that are consistent with most standing definitions (Saunders et al.):

e.g., being left out of lunch plans, being spoken over, etc.

2) The behaviors and/or actions are consistent and/or reoccurring

e.g., it is not just a one-time ‘accident,’ it is something that happens over and over.

e.g., the bully could be a superior or someone with more tenure, they could be physically intimidating, or excessively persistent.

The two definitions below offered by the CCOHS and WBI showcase how a definition can shift depending on who it is constructed for:

Canadian Centre for Occupational Health & Safety (CCOHS): Bullying is usually seen as acts or verbal comments that could psychologically or ‘mentally’ hurt or isolate a person in the workplace. Sometimes, bullying can involve negative physical contact as well. Bullying usually involves repeated incidents or a pattern of behaviour that is intended to intimidate, offend, degrade or humiliate a particular person or group of people. It has also been described as the assertion of power through aggression.

Workplace Bullying Institute (WBI): Workplace bullying is repeated, health-harming mistreatment by one or more employees of an employee: abusive conduct that takes the form of verbal abuse; or behaviors perceived as threatening, intimidating, or humiliating; work sabotage; or in some combination of the above.

The terms harassment and bullying are used interchangeably and although bullying is often regarded as a type of harassment and they do sometimes overlap, they aren’t the same. Harassment can be described as any unwelcome conduct or behavior directed toward a person that appears to be disturbing, upsetting or threatening and is usually connected or related to an individual’s protected characteristic. Bullying tends to be more general and less specific in terms of targets or actions, and although there are instances when bullying transcends into acts of harassment — particularly when it involves members of a protected class — legally, acts of bullying are not illegal. That is one of the biggest differences between harassment and bullying is that harassment, at least in Canada and the United States, is illegal. There are no federal anti-workplace bullying laws in either country. Some states and provinces have anti-harassment and violence policies that include bullying, but many do not specifically say what they consider to be bullying.

The same is often true for workplace harassment and discrimination policies; although bullying may be included, it is framed as ‘harassment and/or bullying,’ and is only defined under the harassment definition, not on its own.

When is it not Bullying?

The intent behind this section is not to invalidate individual feelings but to provide tools that can help pinpoint bullying from a more policy-oriented perspective to create stronger reports that are likely to yield action for the survivor.

Criticism or instructions from leaders

Most managerial input, such as offering constructive feedback, guidance, or advice about work-related behavior, regardless of how it was taken by the team member, is not considered bullying behavior. Legally, constructive criticism is needed and a good thing as it gives individuals a chance to grow in their role; but if an individual is the subject of consistent aggressive yelling or shouting, that behavior can be considered as bullying.

This also applies to any reasonable action taken by an employer or supervisor that relates to the management or direction of team members (e.g., managing performance, disciplinary actions, assigning work). For example, routinely making unfavorable or unreasonable assignments would be an act of bullying, but instructing someone to perform an aspect of their job that maybe they do not want to do, is not bullying.

When it only happens once

In most definitions, bullying, for children or adults, are frequently reoccurring, regardless of whether it was done by accident or if it was intentional. For example, it is not technically an act of bullying if you missed one project deadline because you were told the wrong due date or your coworkers forgot to take you into account when ordering lunch. Alone, these acts may be seen as simple mistakes, but if these types of behaviors are reoccurring and/or happen in tandem, they could be viewed as bullying. Conversely, harassment can be a one-time event or a reoccurring event.

Actions to take if you are being bullied

We outlined actions that people who are being bullied or witness bullying can take.

If you or someone else is being bullied at work one of your first actions can be to research if your workplace has any bullying, harassment, or discrimination policies. If they do, you should be able to use those documents to determine what, if any, protocols are in place for reporting bullying behavior. The policy may also include reporting guidelines and next steps.

If your organization doesn’t have any bullying, harassment, or discrimination policies or the current policies need updating, speak to your manager, the HR department, or another person in authority that you trust. Do your best to share your experiences with them and ask about putting policies in place to protect all team members from abuse.

Tell the bully to stop

This is, in theory, the ‘easiest’ and ‘simplest’ action to take; but confrontation is difficult. The concept of needing to confront anyone can be stressful and overwhelming, but a bully? For many, it’s an impossible task and this is not an option for everyone, some may never feel safe enough to confront their bully, and I’m going to tell you something that I wish someone had told me: it’s okay. It does not mean you’re ‘weak’ or a ‘coward,’ it means you value your comfort and safety over theirs. Unfortunately, when reporting acts of bullying many workplaces will ask if you, or someone else, have confronted the bully and/or if it has been made known that their behavior is undesirable.

For those that feel they are comfortable and safe approaching the bully, either alone or with a trusted team member, there are three things you should tell the bully:

1) That they need to stop the bullying behavior

2) How the behavior is impacting your work and your life

Keep a record of any time you are feeling bullied or are experiencing bullying behavior. Be sure to record the date of each incident, the time it occurred, and any details that may be relevant, including the names of any witnesses and the outcome of the event. You should also keep copies of any written exchanges that happened via email, or on instant messenger services like Slack.

Documenting instances of bullying not only builds a visual that shows a pattern of abuse for employers and HR, but it helps prove to yourself that this is happening to you and that your feelings are valid.

As was mentioned at the beginning of this article, being the subject of workplace bullying can be detrimental to your psychological and physical health. Health issues such as sleeplessness, stomach issues, panic attacks, depression, and even thoughts of suicide are not uncommon (Gordon).

As much as possible, avoid keeping everything that is happening to yourself. Sharing your experiences with someone else shouldn’t be looked at as a burden, it should be seen as validation for what you have experienced, and hopefully, recognition that the bully is the issue, not you. Making your health a priority may not stop the bullying, but it is a proactive way to take back some of the control that the bully is attempting to take from you.

If you witness someone being bullied, try your best to reassure them that the way they were treated was inappropriate or unprofessional and offer your support. Having another person recognize that what happened was bullying can be reassuring, as it proves that you aren’t being oversensitive and that their actions were wrong.

Workplace bullying, like schoolyard bullying, is pervasive and the impact it has on an individual can be long-lasting. Having workplace policies in place that defines what bullying is, the behaviors that your organization sees as bullying, and resources for the subjects of bullying can have a huge impact on how it is handled, but also the level of safety team members feel if a report needs to be filed.

If you are unsure if bullying is a part of your harassment and discrimination policies or are unclear on what should be included, chat with one of our advisors to learn more.

Header and Feature Image by Copper and Wild on Unsplash ❤️