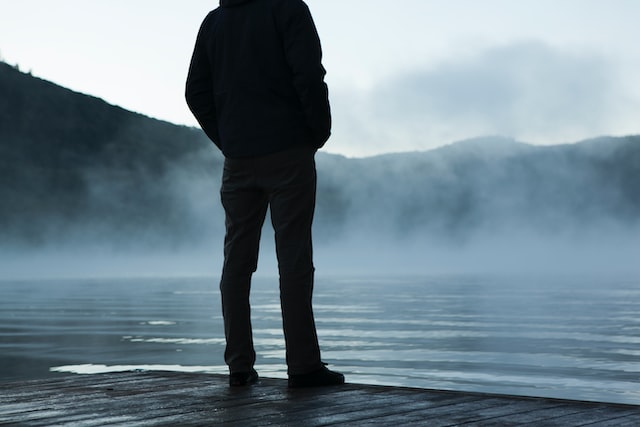 “It is a peculiar sensation, this double-consciousness, this sense of always looking at one’s self through the eyes of others, of measuring one’s soul by the tape of a world that looks on in amused contempt and pity. One ever feels his two-ness, an American, a Negro; two souls, two thoughts, two unreconciled strivings; two warring ideals in one dark body, whose dogged strength alone keeps it from being torn asunder.

Writing about ‘Code-Switching’ directly after writing about ‘Covering’ (the process of downplaying, minimizing, and/or hiding aspects of one’s identity) last month may seem redundant to some people; and although they share many defining features, they are not the same thing. View the image below to examine the main differences and similarities.

The term ‘code-switching’ was originally coined by sociolinguist Einar Haugen in 1954 to describe the process of “language alternation” or when individuals speak more than one language or dialect in the course of a conversation (Harris). Since then, the idea of “code-switching,” which was originally limited to speech patterns, has expanded to encompass vocabulary, cadence, style, and any other behavior that involves conforming to a new set of standards (Morris, Robbins, Bertagnoli). Cultural code-switching happens when someone (consciously or unconsciously) adapts how they speak, act, or appear, in order to enhance or increase their chance of success in a particular space and typically occurs when cultural stereotypes conflict with the “norms” in a space (McCluney, et. al).

“Code-switching” and “covering” are both survival techniques used to help people “fit into” various social and professional contexts (Morris). These strategies are primarily (though not exclusively) employed by marginalized people to assimilate into spaces where, historically, they would not belong. The dominant culture of traditional workspaces (i.e., white, heterosexual, able-bodied, cisgender, etc.) continues to dictate how individuals are supposed to act in those spaces; it also precludes that all other types of behavior are “wrong,” “unnatural,” or “unprofessional” (Robbins, Washington-Harmon).

Code-switching, like covering, is something that most people do, as a person’s actions and speech are typically influenced by the environment they are in. For instance, how a person behaves and speaks with their family is frequently very different from how they behave and speak at work or with their peers. All social identities take part in code-switching, but BIPOC communities tend to feel the need to code-switch or modify their behaviors more, particularly around white colleagues, in order to follow unspoken social norms that have been shaped by white experiences (Morris, Washington-Harmon).

Code-switching has historically been used to negotiate relationships between groups of people (especially between white and Black people) and has been viewed as a natural communication strategy some people use to connect with different audiences (Eskalera); in this sense, code-switching is a skill set that has been essential to the survival of marginalized folks in workspaces that are influenced by the dominant culture (Harris, McCluney, et. al.).

However, code-switching can be mentally taxing, especially when an individual feels pressured to change their ingrained behaviors in order to fit into a space or when the act of code-switching does not come naturally (Washington-Harmon). The more a person feels the need to code-switch, the more impact it can have on one’s overall well-being, which in turn impacts a person’s productivity, feelings of safety, and overall engagement in one’s work (Robbins). The pressure to code-switch can also be viewed as a form of coercive or forced assimilation and can devalue a person’s identity when they are forced or feel like they need to adjust their behaviors in order to succeed (Robbins). This is also why individuals who do not code-switch run the risk of not being taken seriously and may face an inability to advance professionally (Divonify).

What makes it toxic is when only marginalized folks are expected to adapt their behaviors in order to appease dominant cultures (Robbins). The following are some actions all team members can take in order to create and maintain an inclusive environment so that everyone feels like they can bring their authentic selves to work.

Talk to and listen to marginalized employees

Understand where your organization fits in regard to inclusivity.

Do what you can to minimize the influence of “dominant culture.”

Safe spaces are critical for people to be able to drop their guard and connect with one another.

Celebrate the diversity that already exists within your organization

Center leaders from systematically excluded backgrounds in your organization so that others can connect without having to compromise aspects of their identity.

Review whether or not there are written or unwritten expectations within your organization that influence how a person is able to express themselves.

Aspects of code-switching do have their place, but when people feel like they cannot or should not be their authentic selves at work, you risk minimizing the true potential of all your team members.

Want to learn more about how to minimize the effects of code-switching in your organization? Book a meeting with an associate today